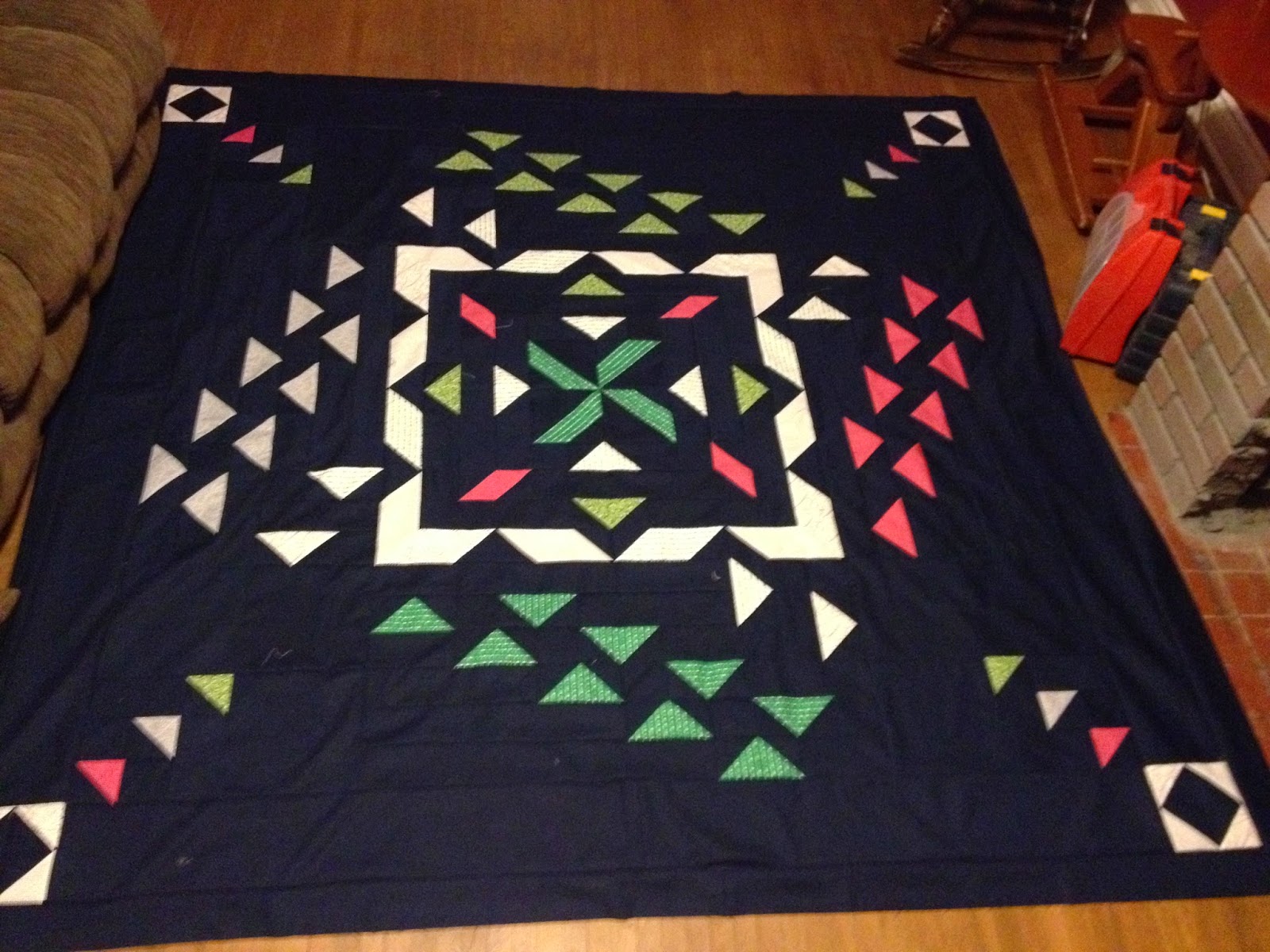 Early in the fall I arrived home from work one Friday night to a power outage and the threat of a storm.  I sat by the window with a pencil and some graph paper, using the last of the daylight and then a flashlight to sketch some designs. As I was sketching, we got a phone call saying the roof had blown off of the field house at the local baseball diamond and later learned an F1 tornado had passed within about 300 m of our house, tearing apart our neighbour's barn. I joked that I would name the quilt tornado then decided that the pattern did evoke a sort of swirling motion, with pieces coming apart from the centre block. So Tornado it is.

I designed the quilt around the Color Me Happy line, as I had a fat quarter bundle that needed a project. I loved the blues in the line but wanted blue to be the dominant colour, so used Kona Navy as the background and picked out greens, grey, pink and whites prints. I ended up using only 7 fat quarters and still had pieces of those left over.

The quilt is mostly comprised of flying geese blocks with some parallelograms and a few half-square triangles, along with lots of 3 1/2 inch strips cut into various sized rectangles. It came together quickly. 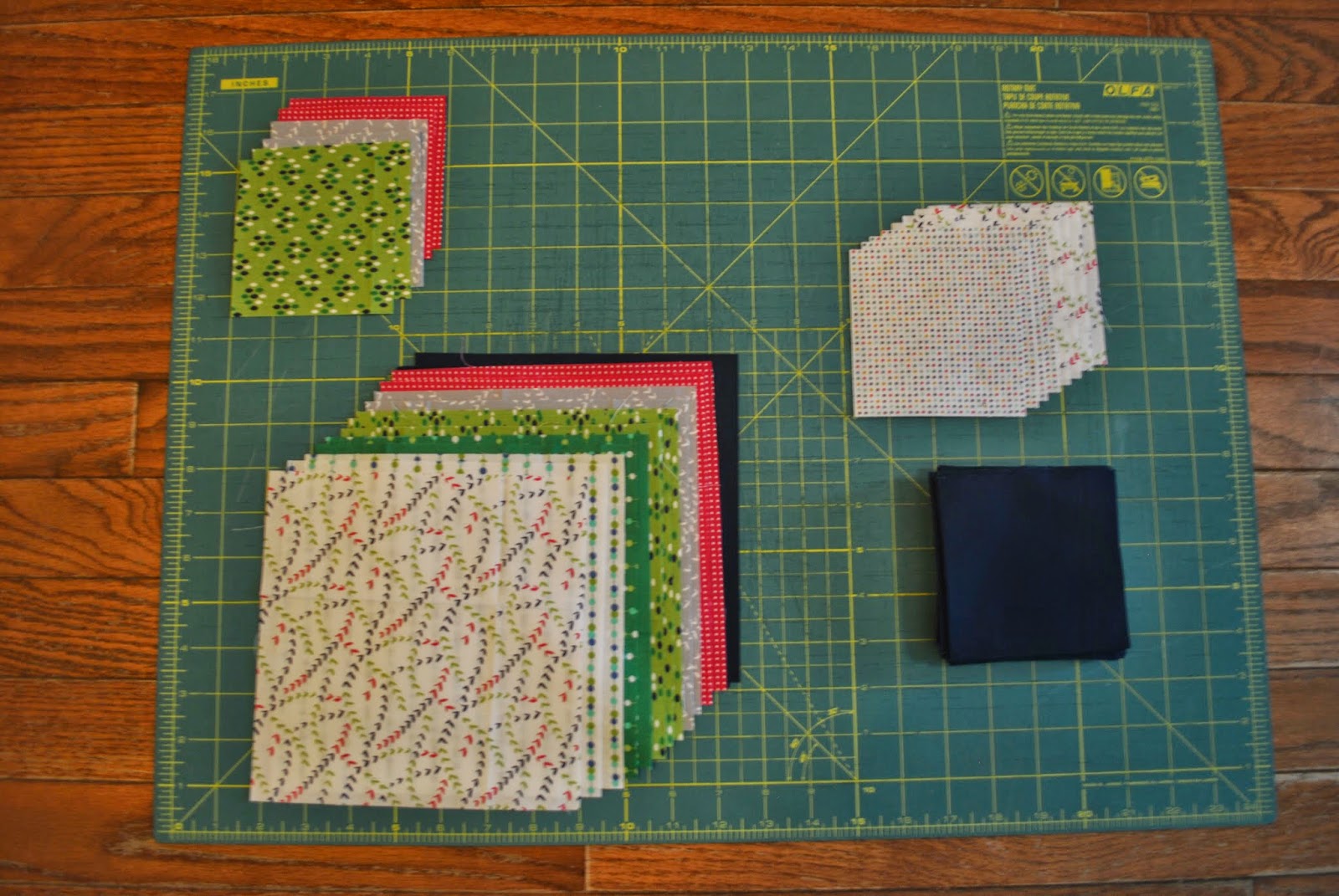 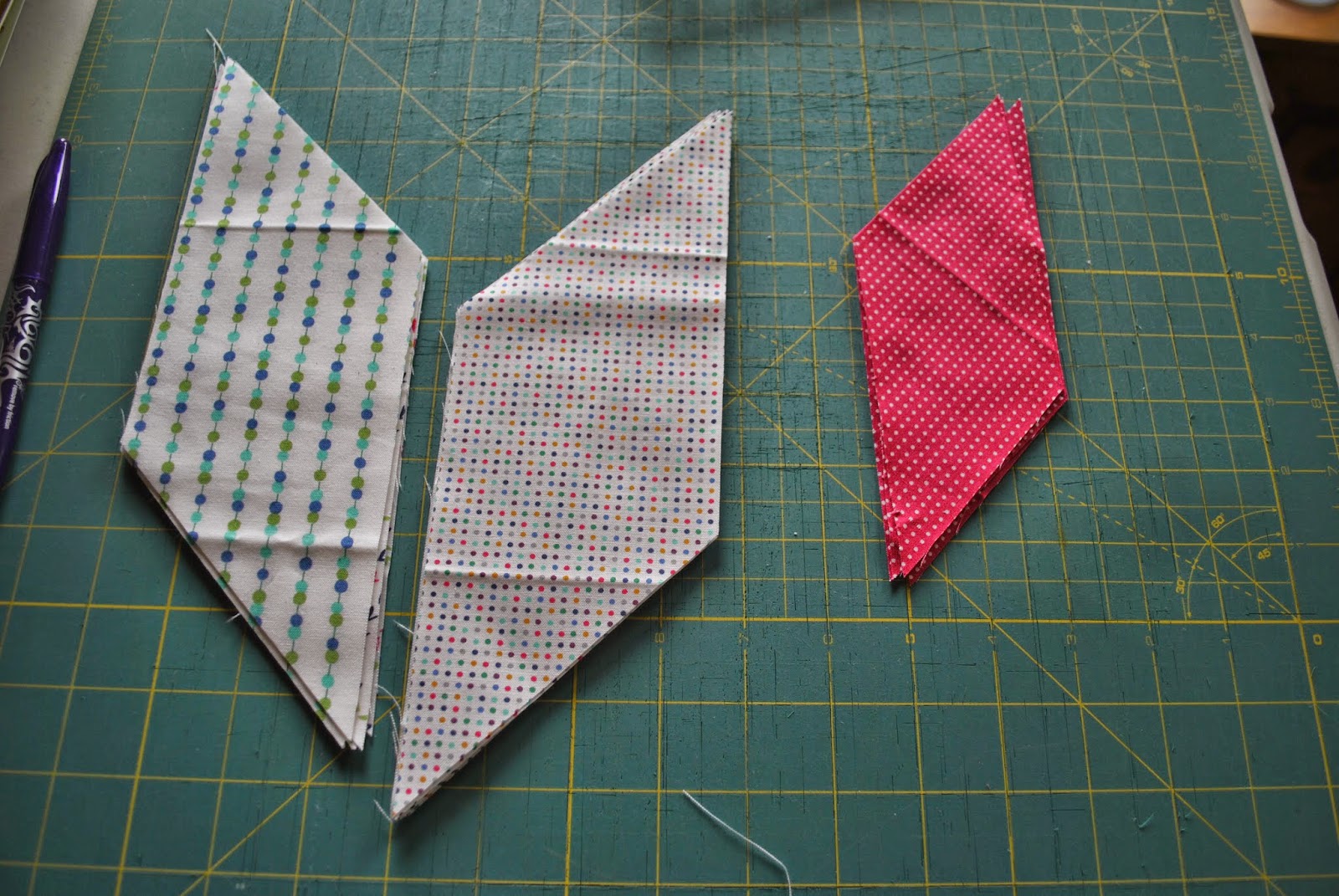 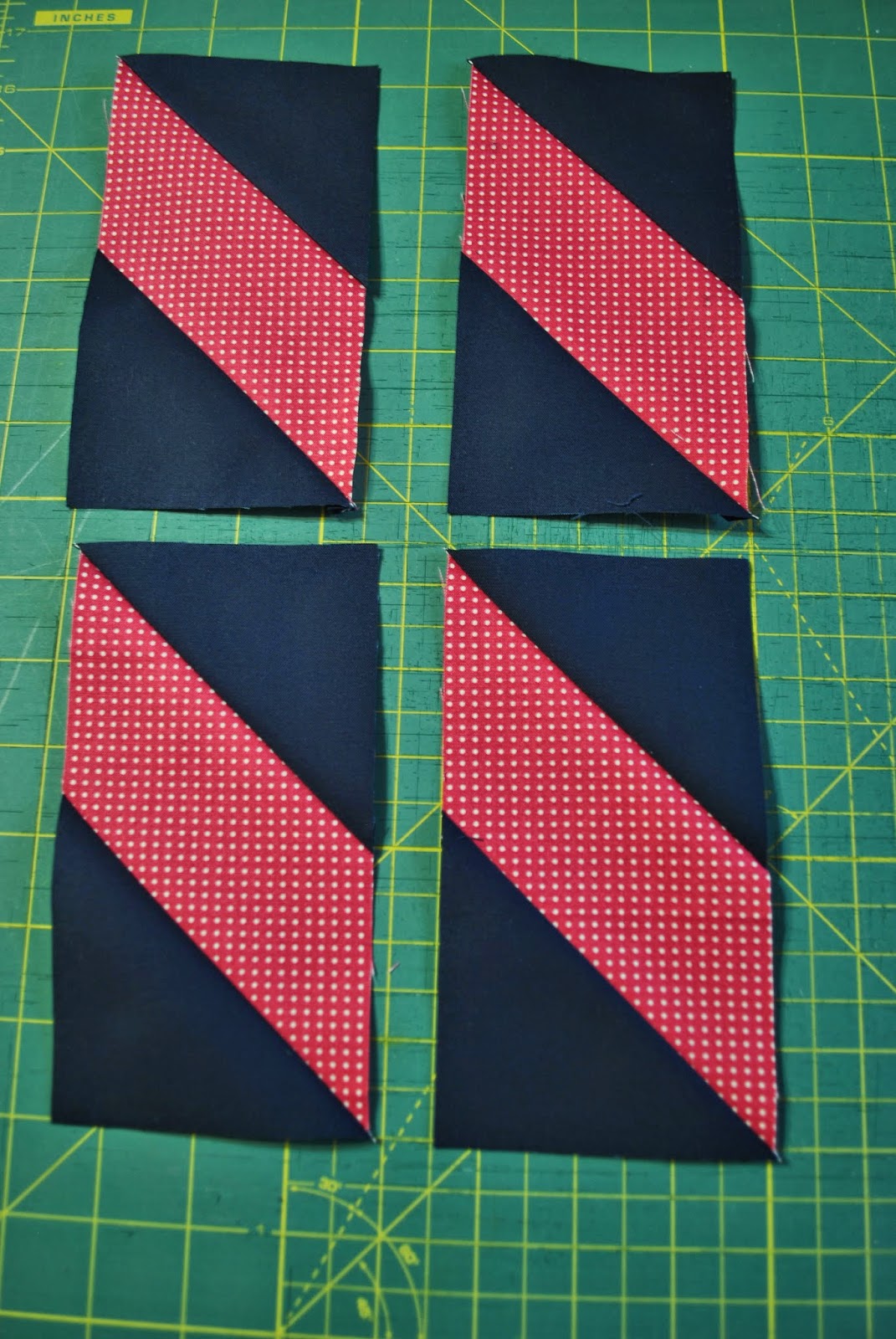 Then I started in the centre and worked my way out. 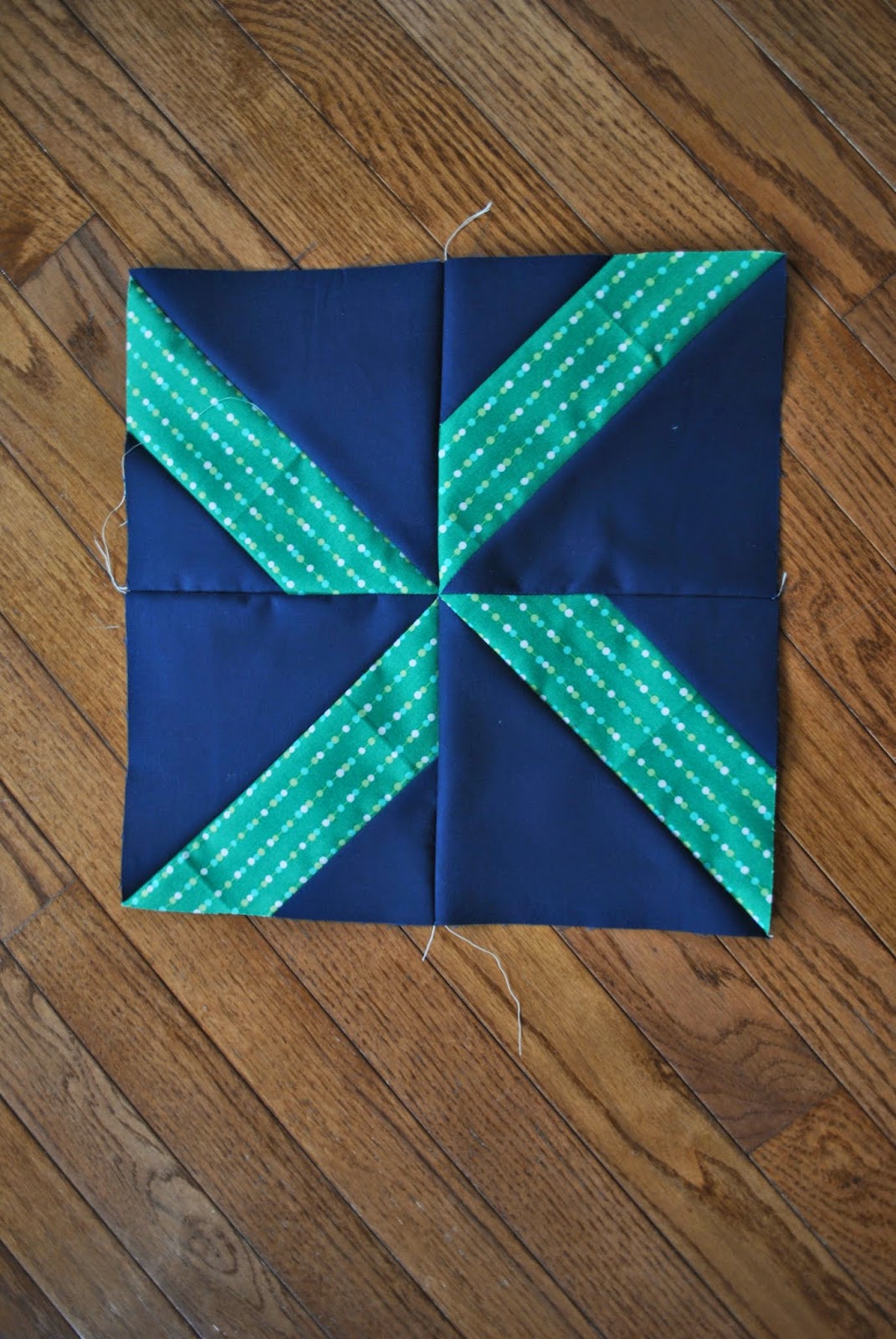 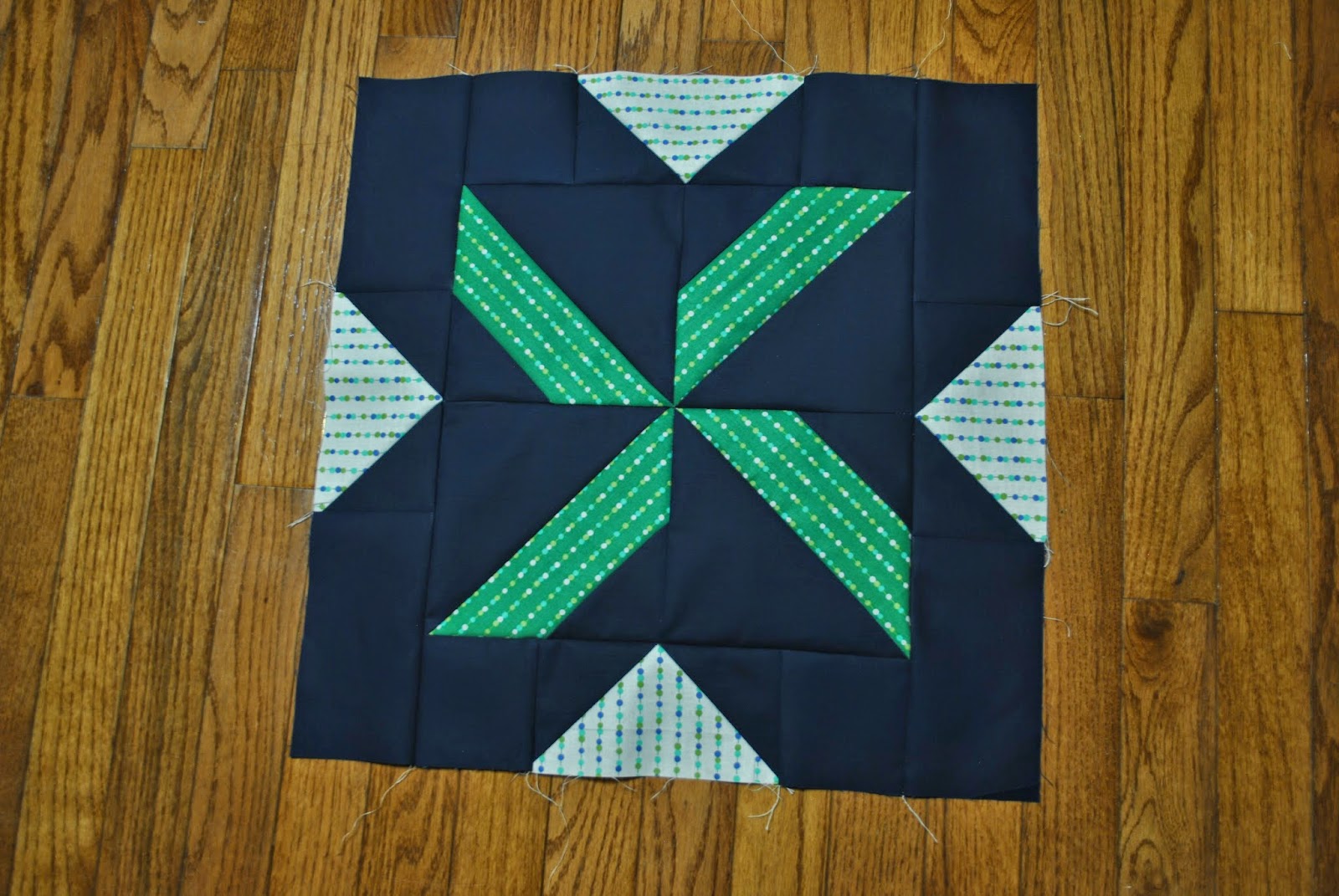 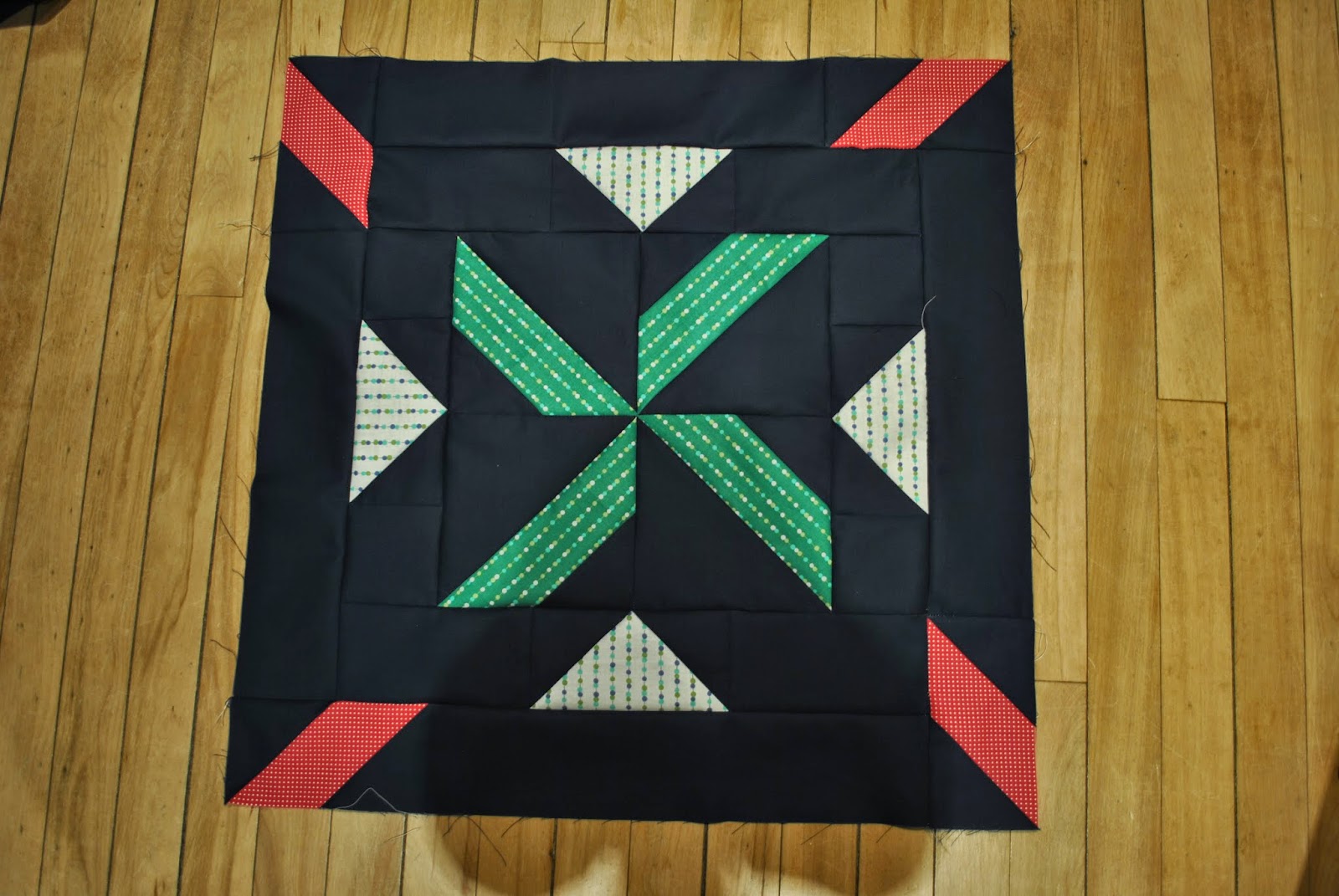 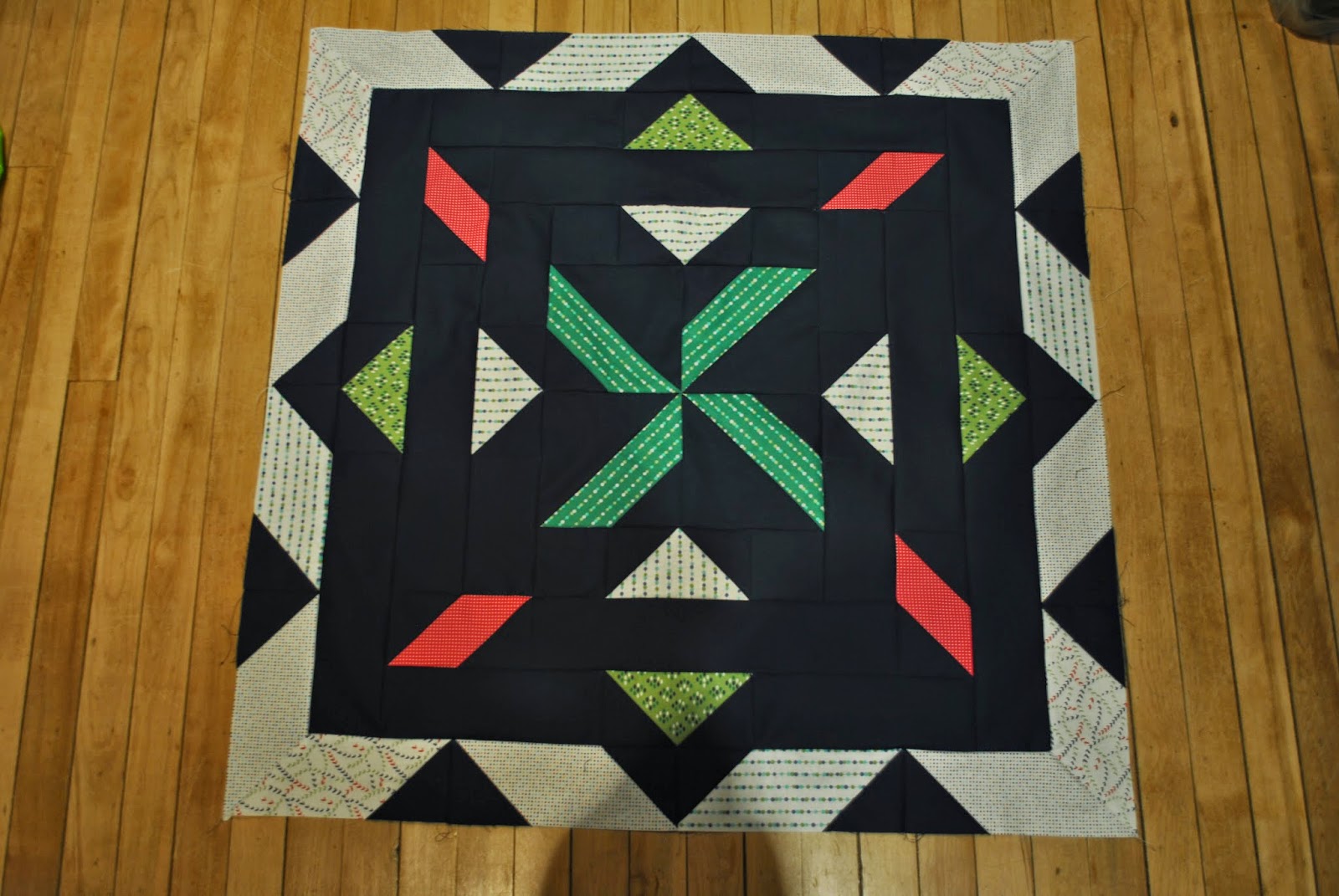 I sewed the outside flying geese in blocks before adding the half-square triangle corner blocks. 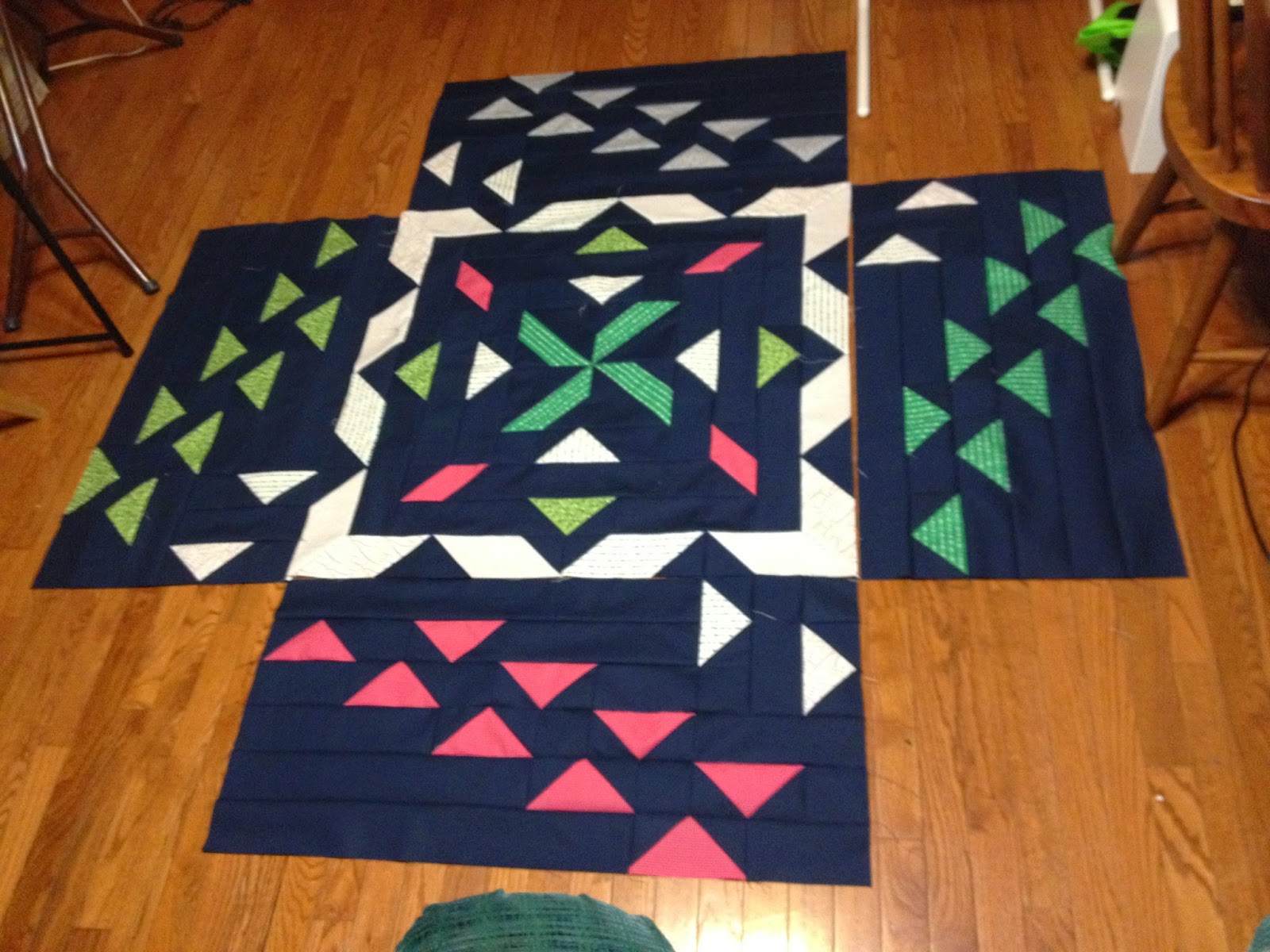 I was playing a bit and thought two flying geese blocks together might make a fun baby quilt. 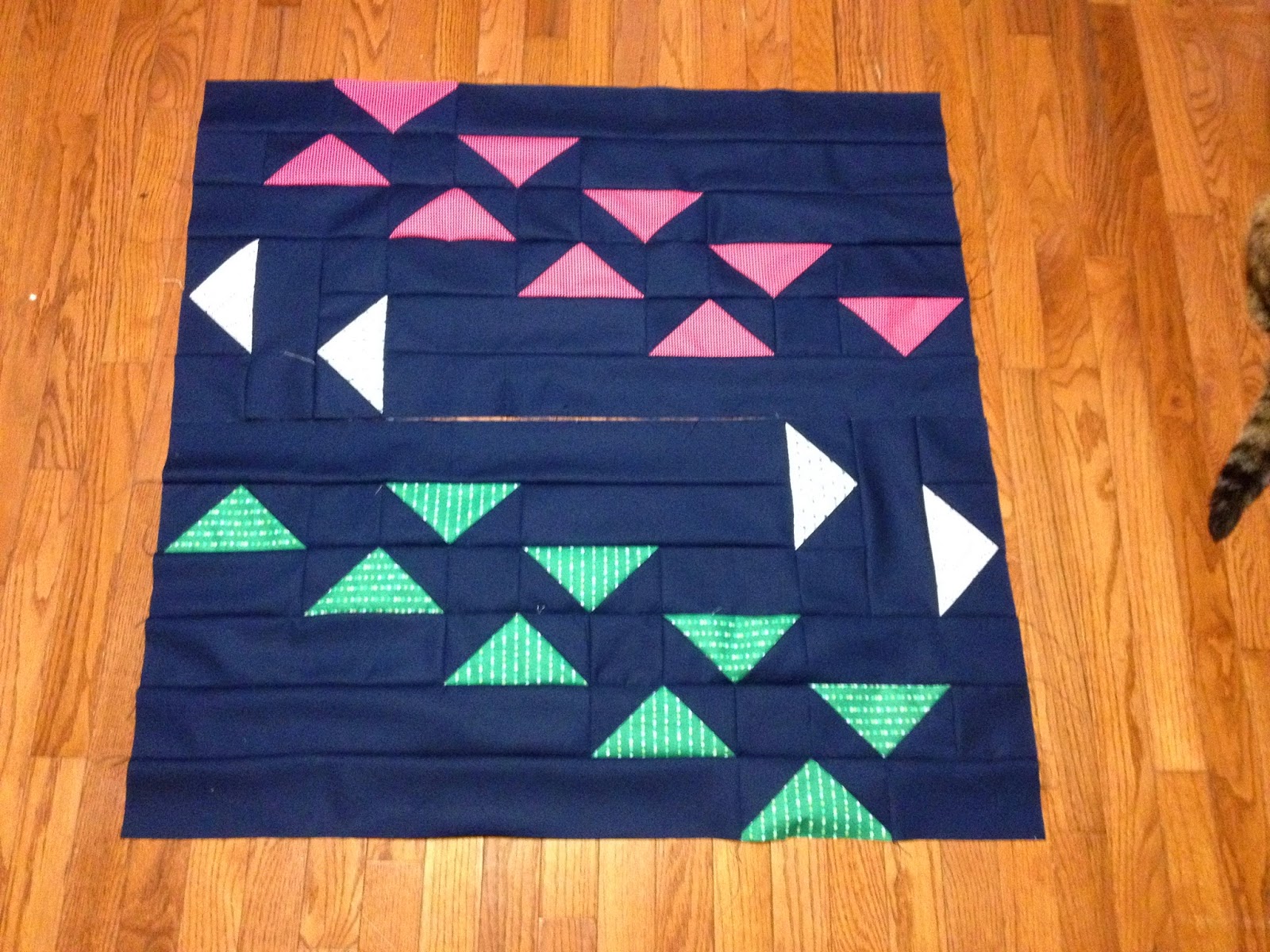 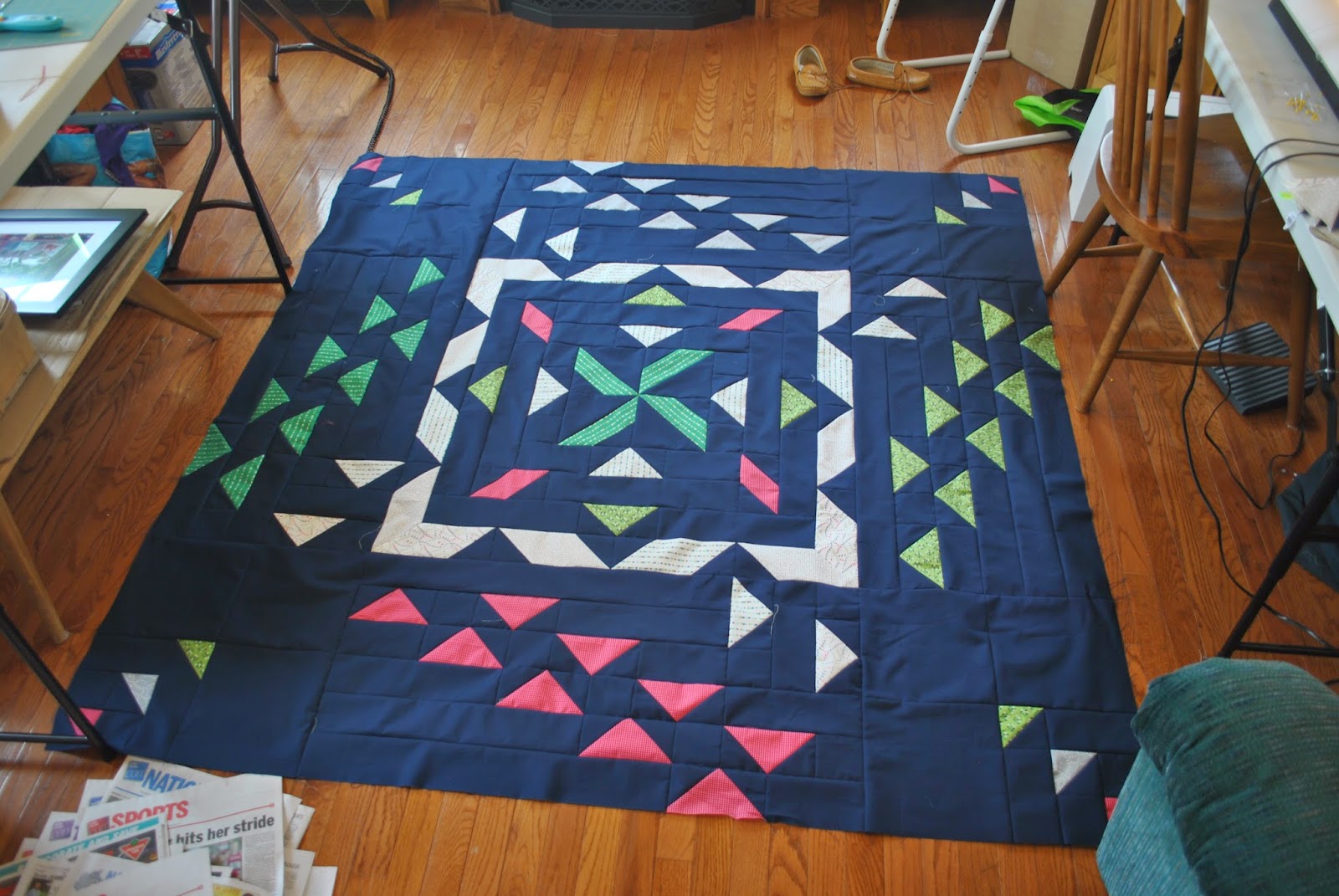 I'm happy with how it turned out! It's funny to see a sketch come to life. I like the way the prints pop against the navy background and the clean lines, creating order in the chaos. The quilt measures 90 x 90, so it'll fit a bed. 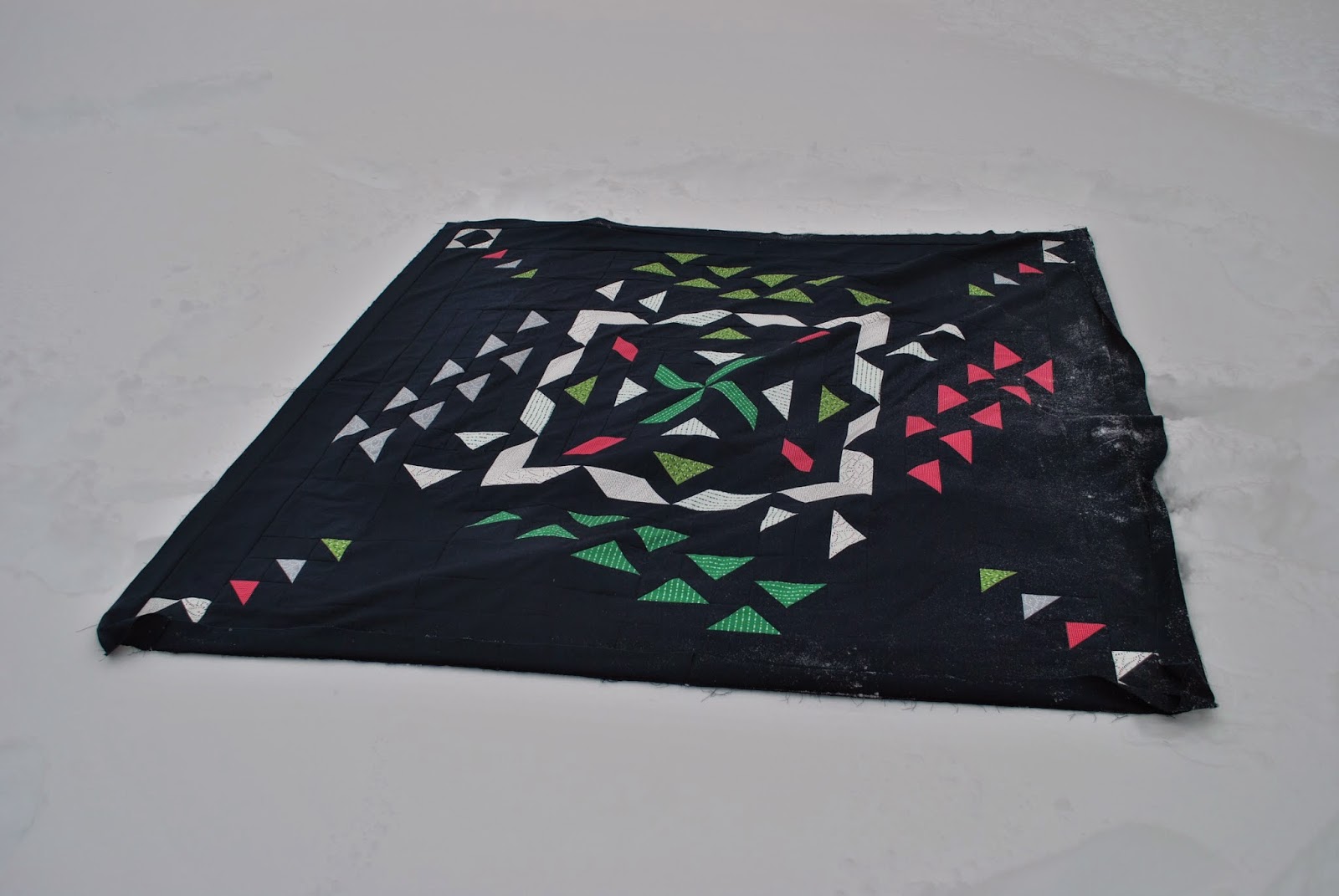 I was having a hard time taking pictures, as it was getting dark, I had to lay it on the snow and the wind kept blowing the outside border. My fingers were freezing! 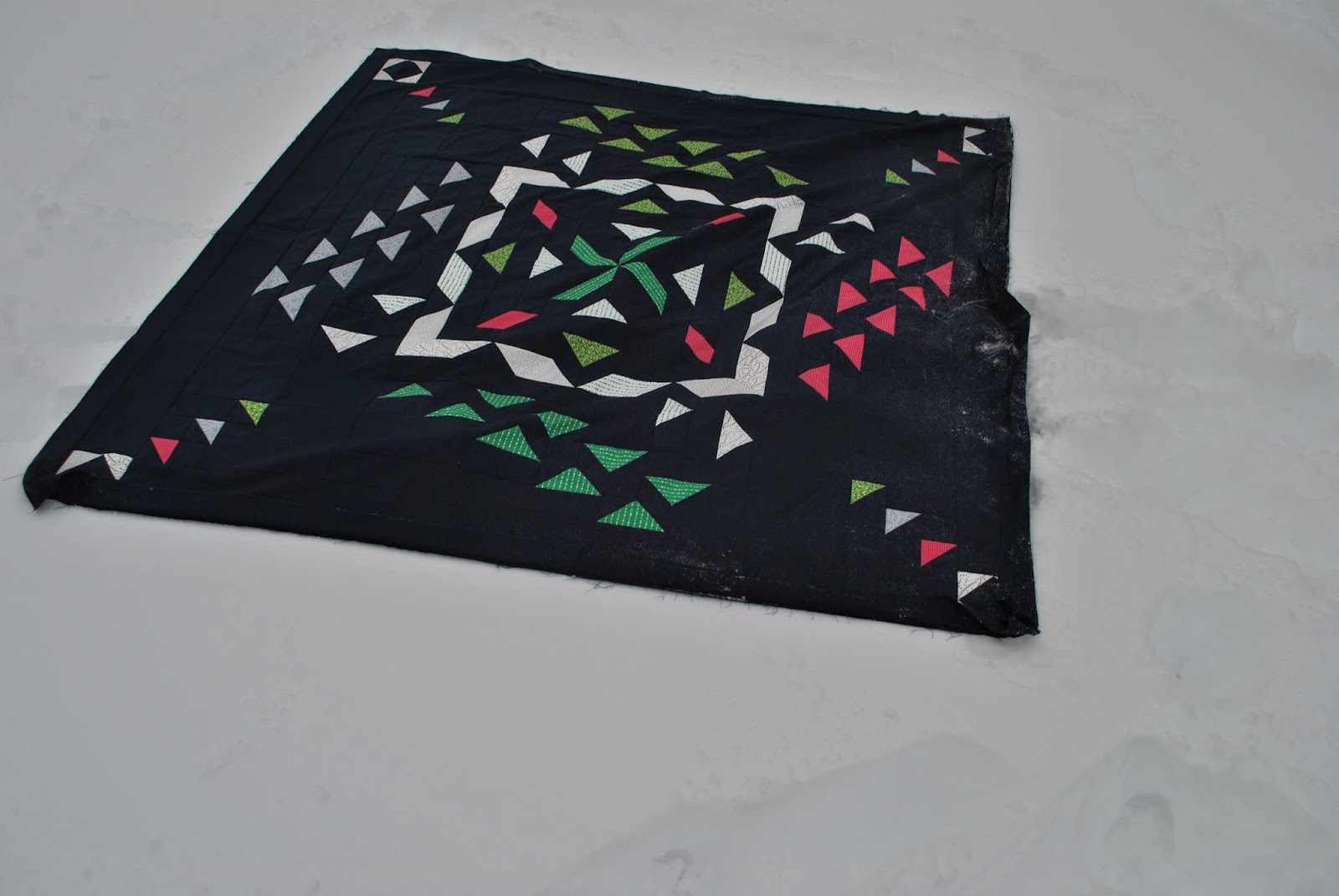 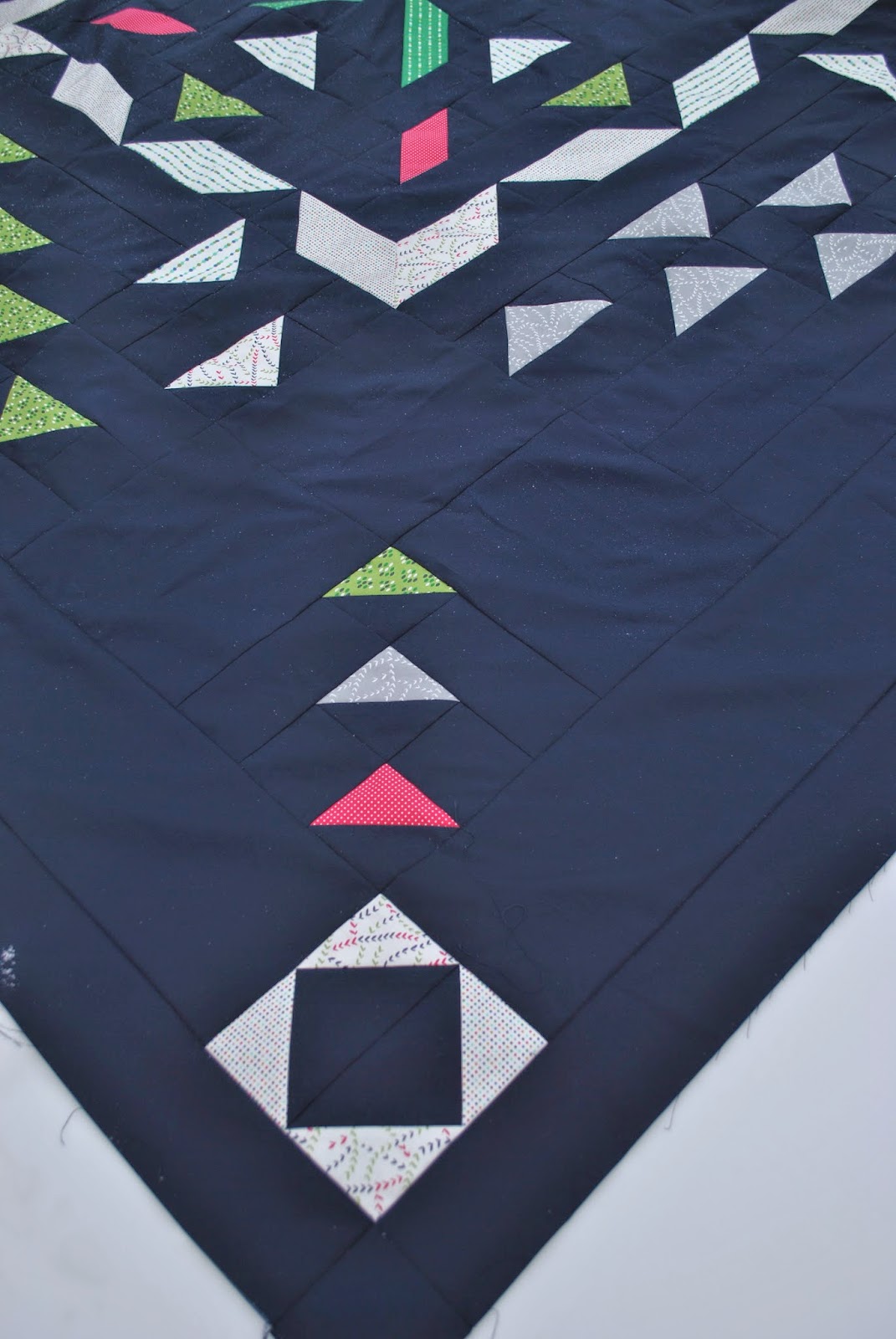 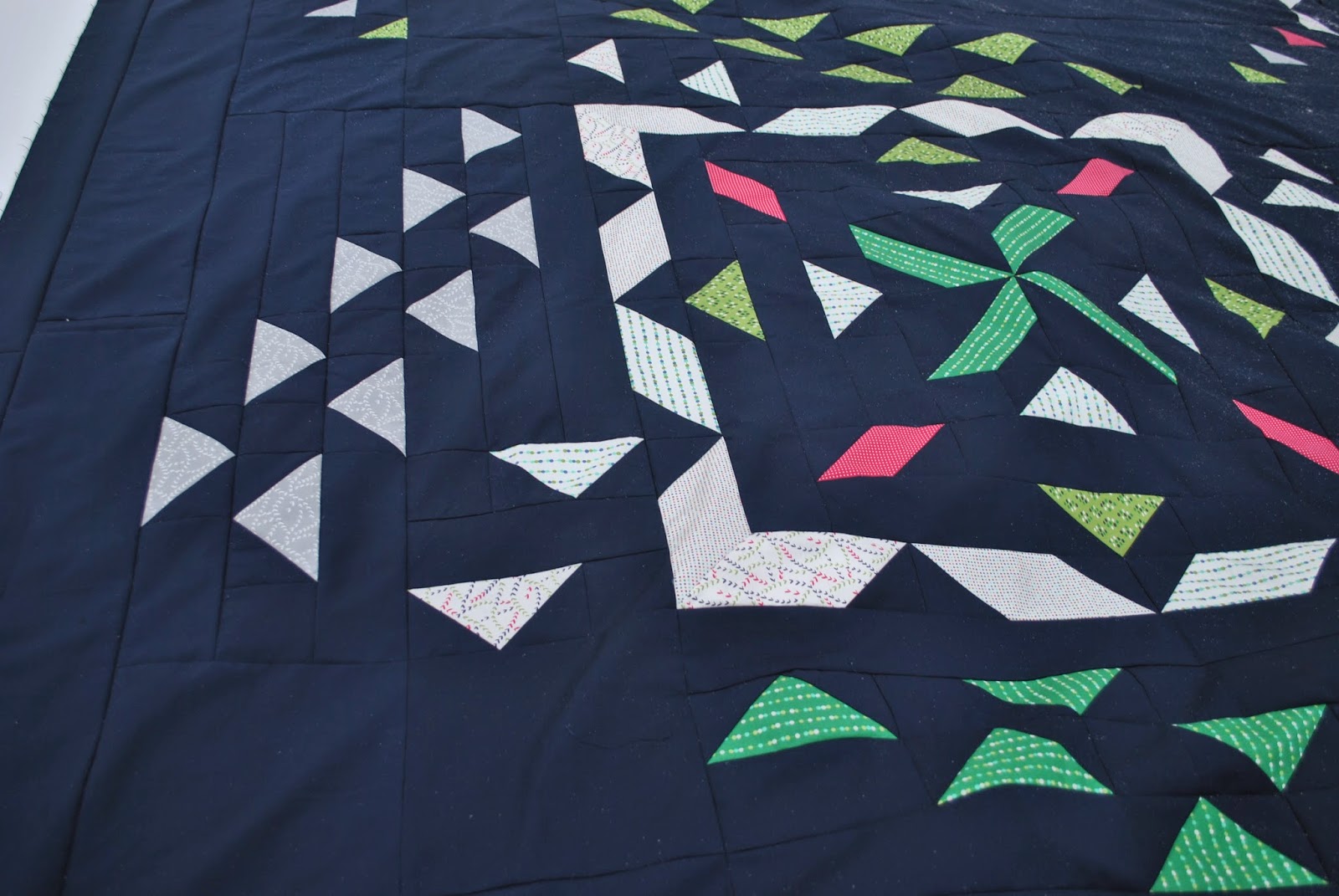 I plan on writing a pattern for this one. I think it's a good way to showcase some favourite prints without using too much fabric. I think it would also look good pieced with only two colours. Next I'll have to decide how to quilt it. Personally, I think it's begging for some custom quilting, but we'll see...

We had a thaw and I managed to take some better pictures, despite the gloomy sky. 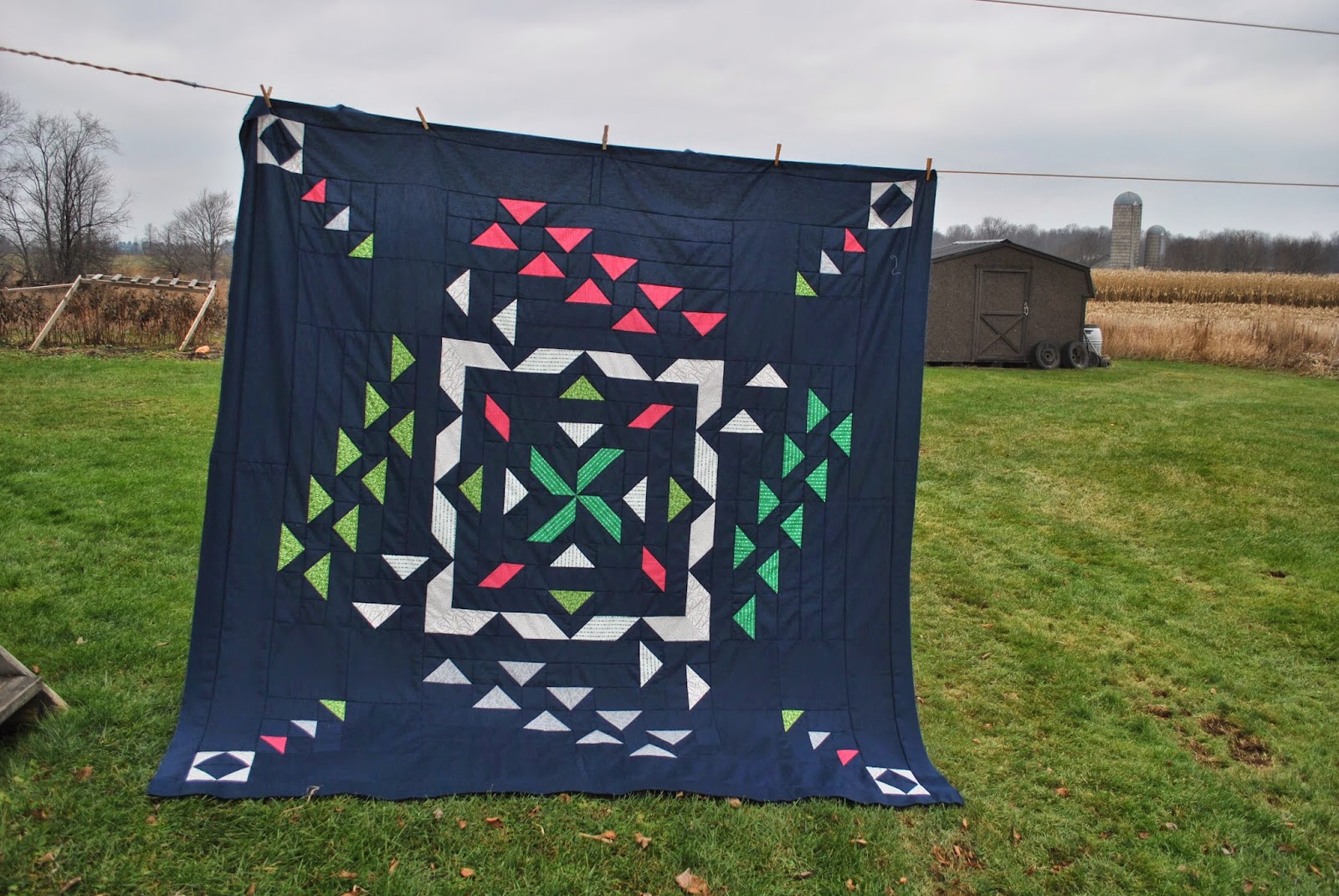 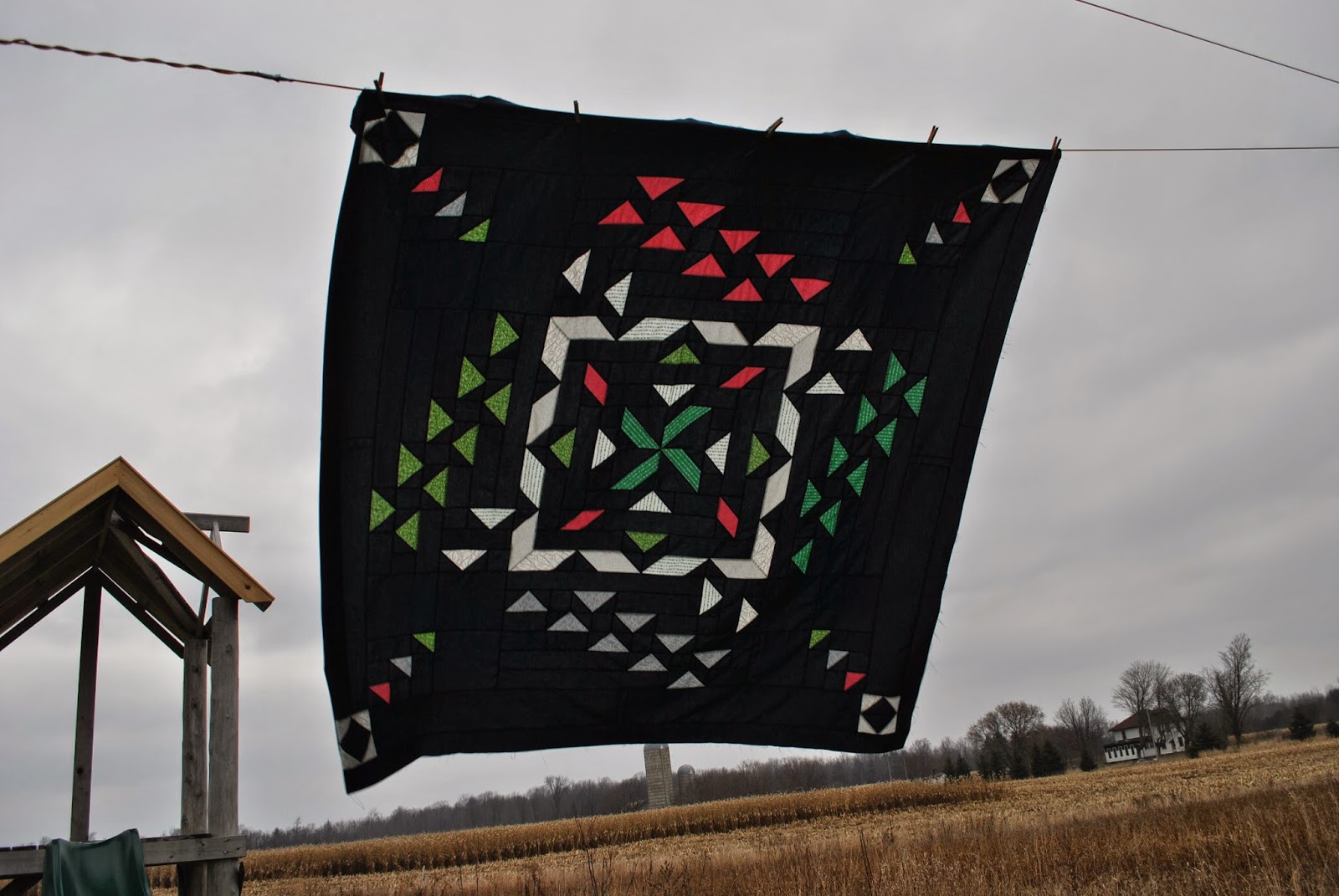 For the free pattern, see this post: Tornado Quilt Pattern